She has been riding for as long as she can remember, it has been said that when she was young she was put on a pony as an alternative to a pram as it kept her much quieter! Her Background is horsey as her mum ran a BHS riding school at home and her family has always been involved with horses across all disciplines.

She was been brought up riding horses and ponies of all types, shapes and sizes and was a member of the South Durham Pony club. Before specialising in Dressage, she competed successfully Showjumping, Eventing and Working Hunter Classes.

In 2001 at 14 years old she qualified my Horse Forrest Fire and pony, Maeseyfron Rhett for the British Dressage National Championships at Stoneliegh Park. Annw Marie went on to win her Class (Open to senior riders) there on Forrest Fire, and since then has never looked back!

In 2002 she went back to the National Championships on Forrest Fire and won again at the next level up (Medium level). In this year she was then put onto the World Class Development Program for Potential Olympic Athletes. IShe was reselected onto this Lottery funded program through UK sport every year since. The programme provides an established development pathway for young, talented riders, with opportunities and access to further training and development as a potential Olympic rider. 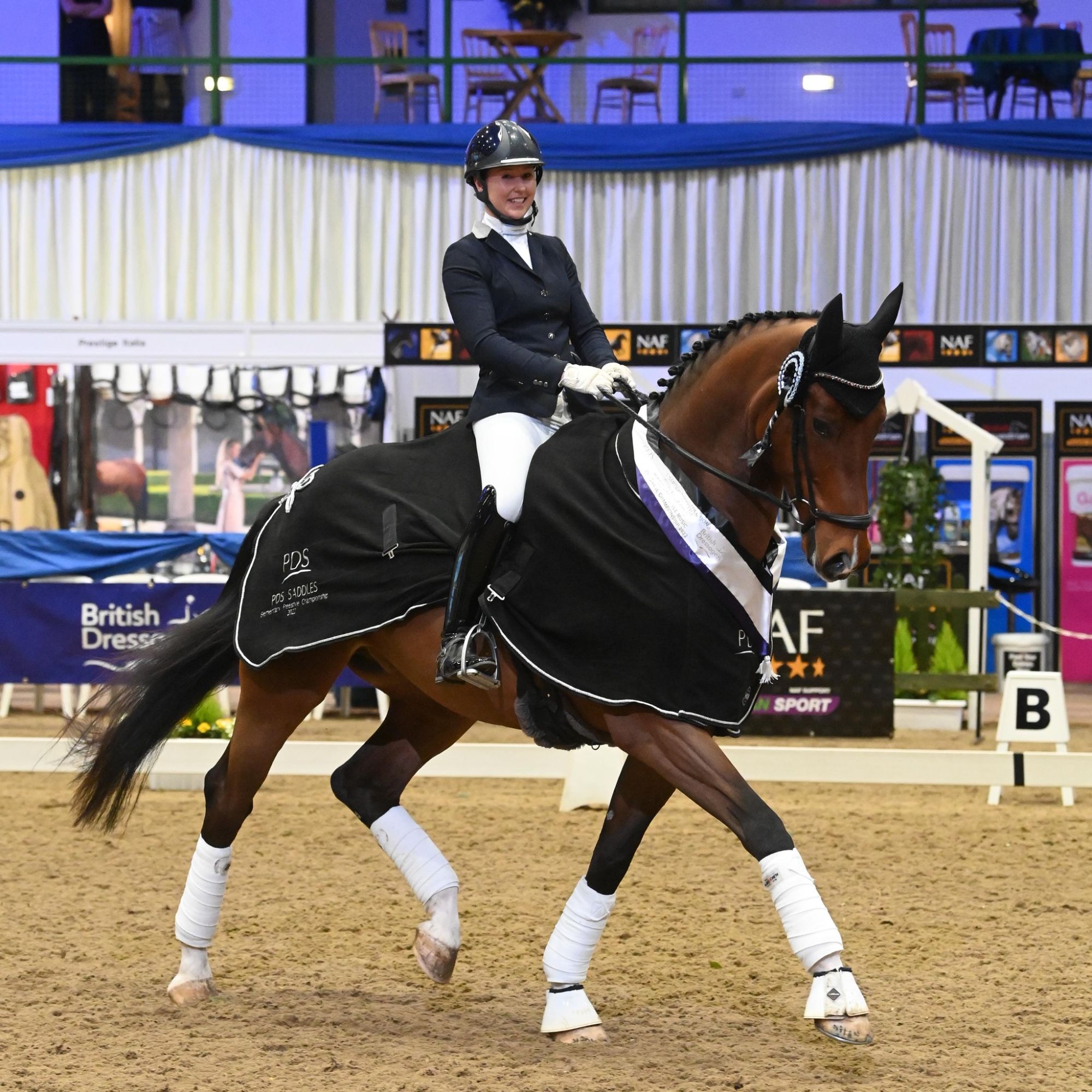 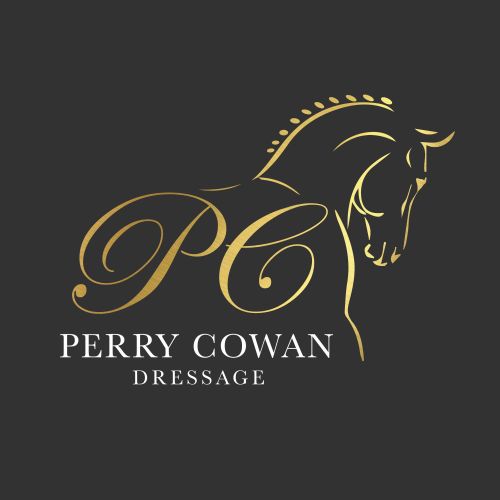 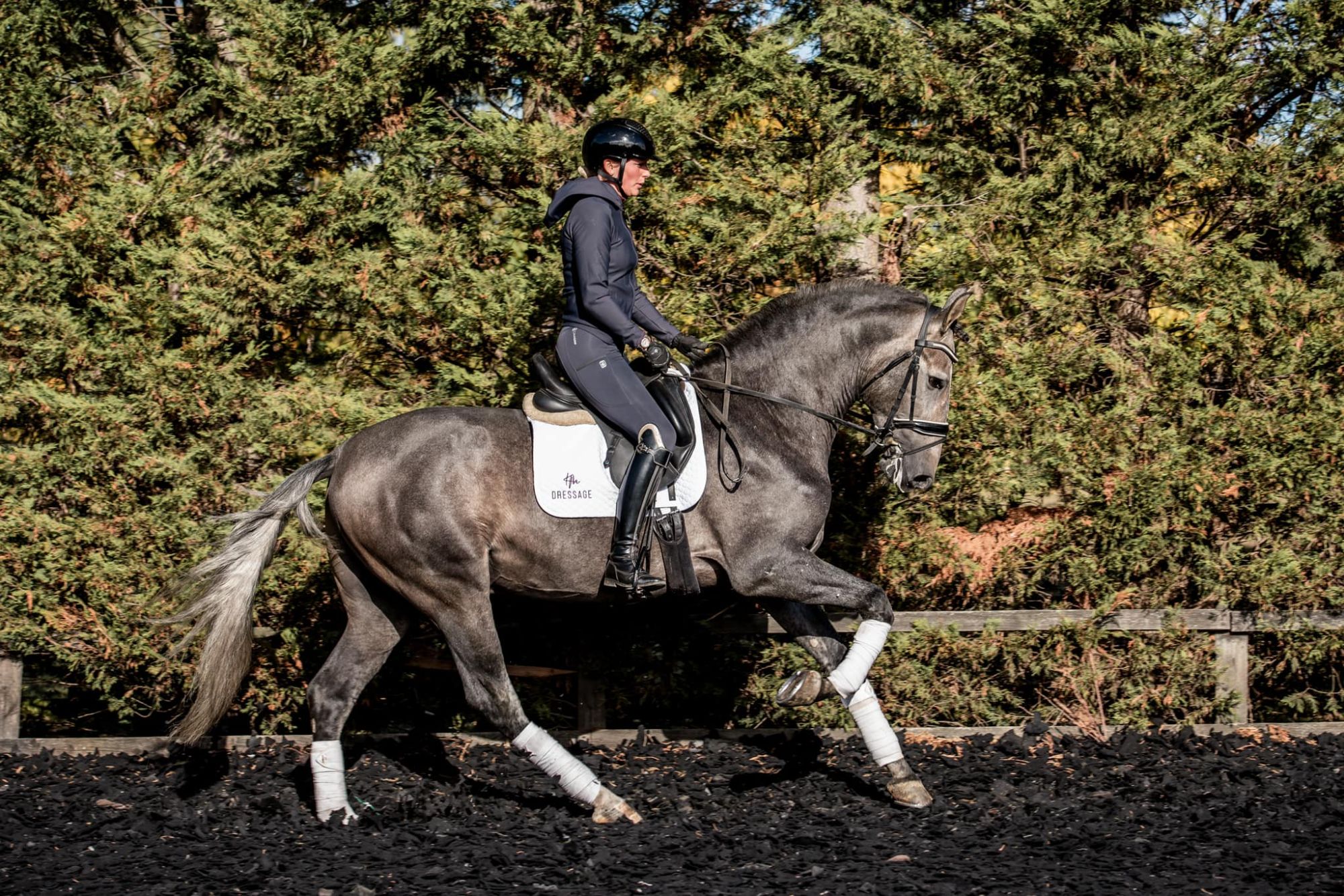 Kirsten is an International dressage rider based at a private yard in Cambridge. Specialist dressage horse sales agent connecting private buyers and sellers all under one roof.   Kirsten has competed up to Grand Prix and has a range of horses from novice to Grand Prix level in training and competition. Training with top European and Olympic riders she has a knowledge and forward thinking approach to each individual horse. 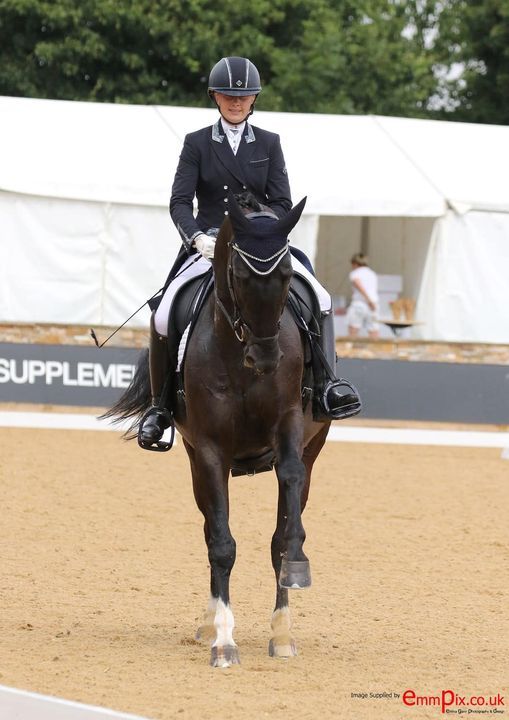 Sam owns three horses, two of which I compete. She is currently competing at Inter 1 with Elason, Hugo, having previously competed at this level as a Young Rider. Her future career goals include; completing the Advanced Equipilates Biomechanics Trainer™ course, completing my UKCC L3 and becoming a List 1 British Dressage Judge. My competition goals include training my horses to Grand Prix, which is now not far off, and one day competing at a CDI. 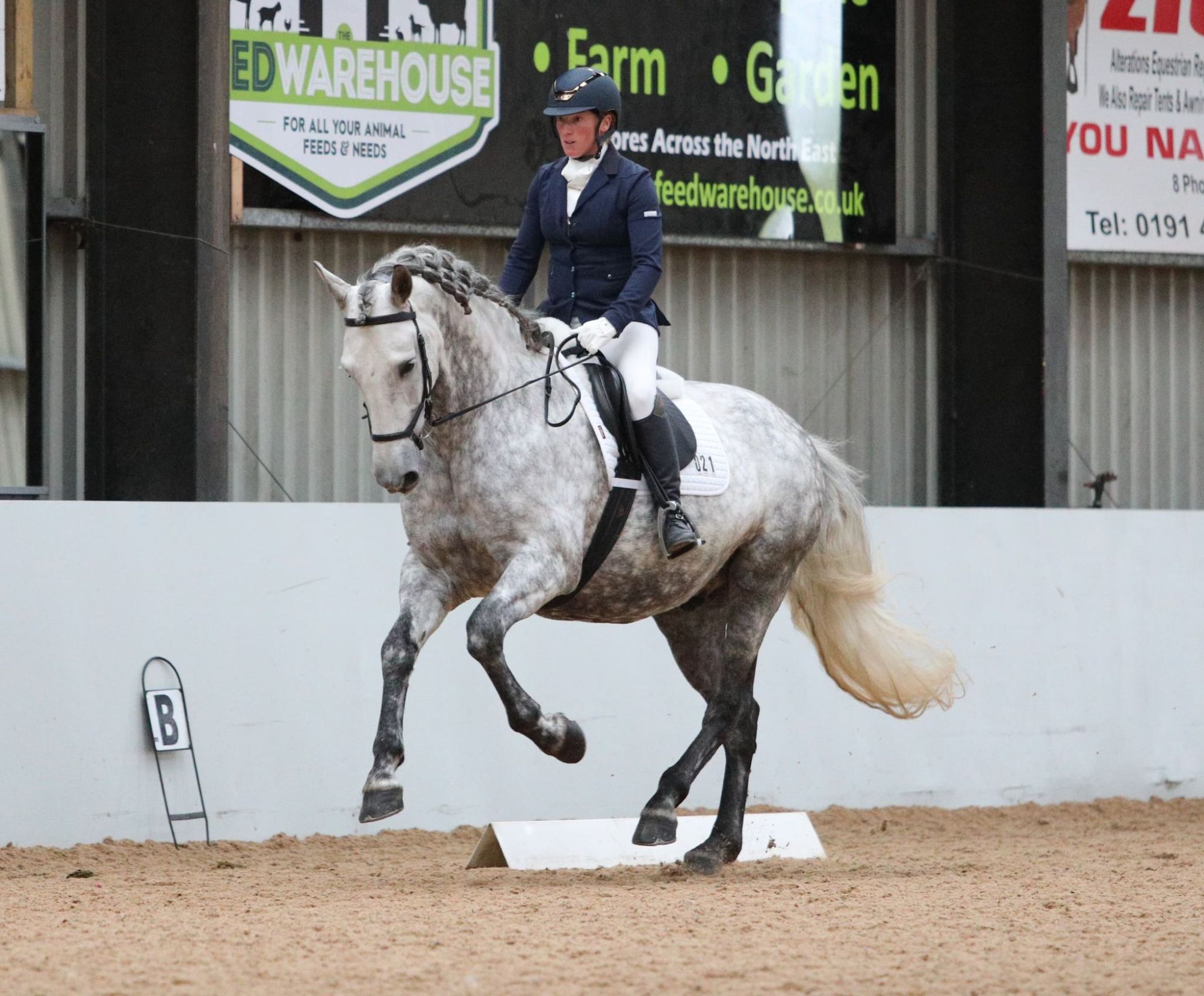 Carla is predominantly a Grand Prix Showjumping rider but she has also competed up to Inter 1 Dressage. Carla started riding Mill Cordobez about 2 years ago and has taken him from Novice level to Advanced Medium. She has recently had some time out due to having her second baby and then badly breaking her collar bone but for 2023 Carla will be campaigning Cordobez at PSG level. Mill Cordobez is a 12 year old PRE, bred by Mandy Wheatcroft at Millpark Andalusian Stud. He is owned by Kathryn Parker who bought him directly from the stud as a weanling. Kathryn is a very enthusiastic owner who gets great pleasure from watching the journey that Carla and Cordobez are taking. 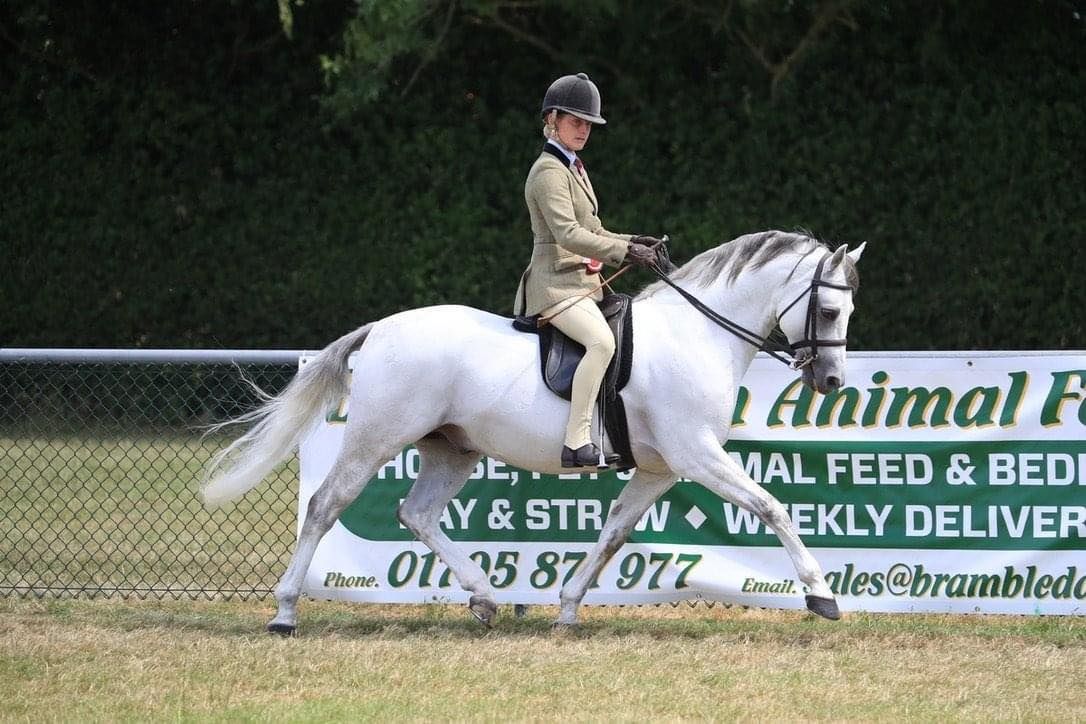 Jo is a show pony breeder, who amongst her string of Welsh Pony Stallions, has Levi, who is ridden and shown by top show pony rider and Judge, Sam Roberts. 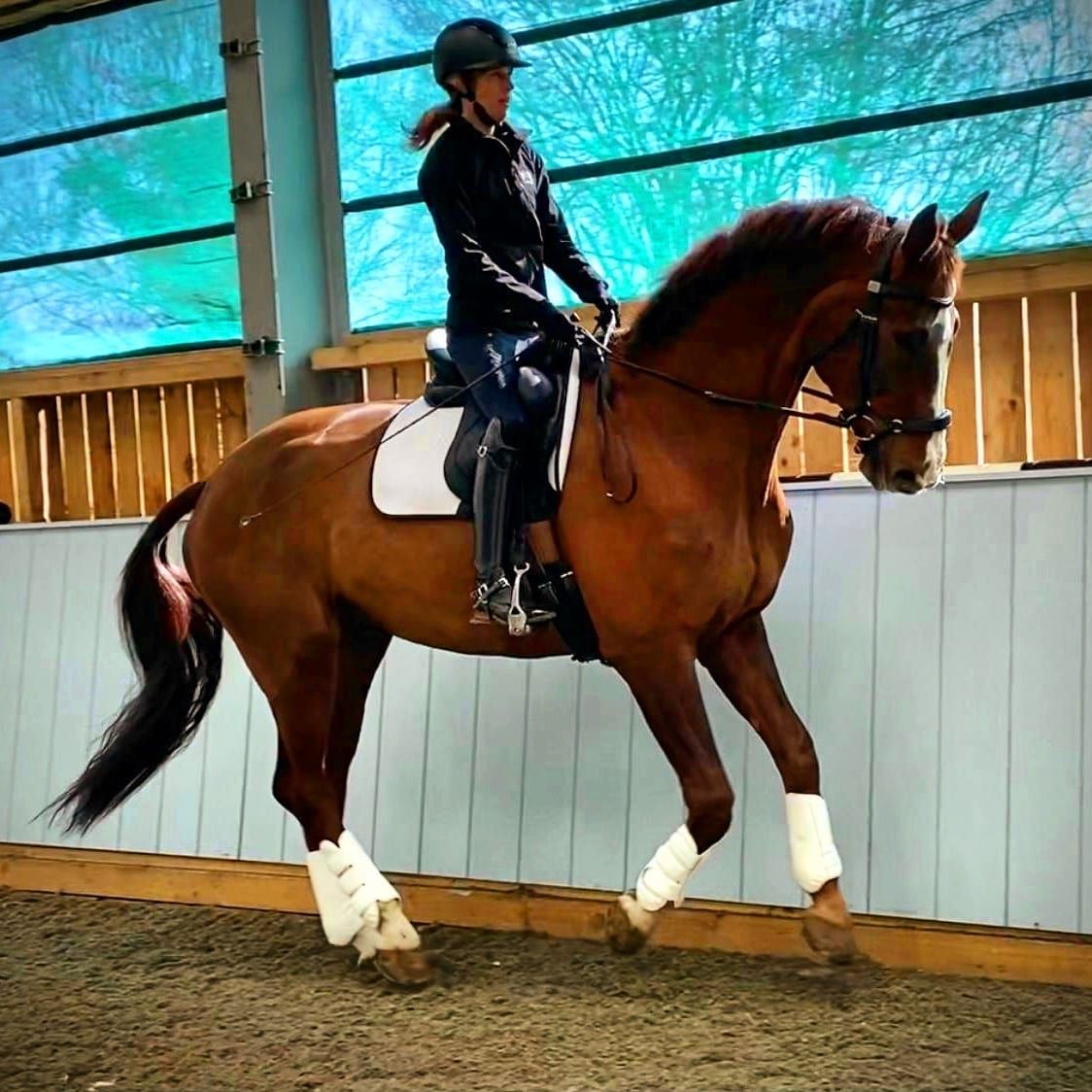 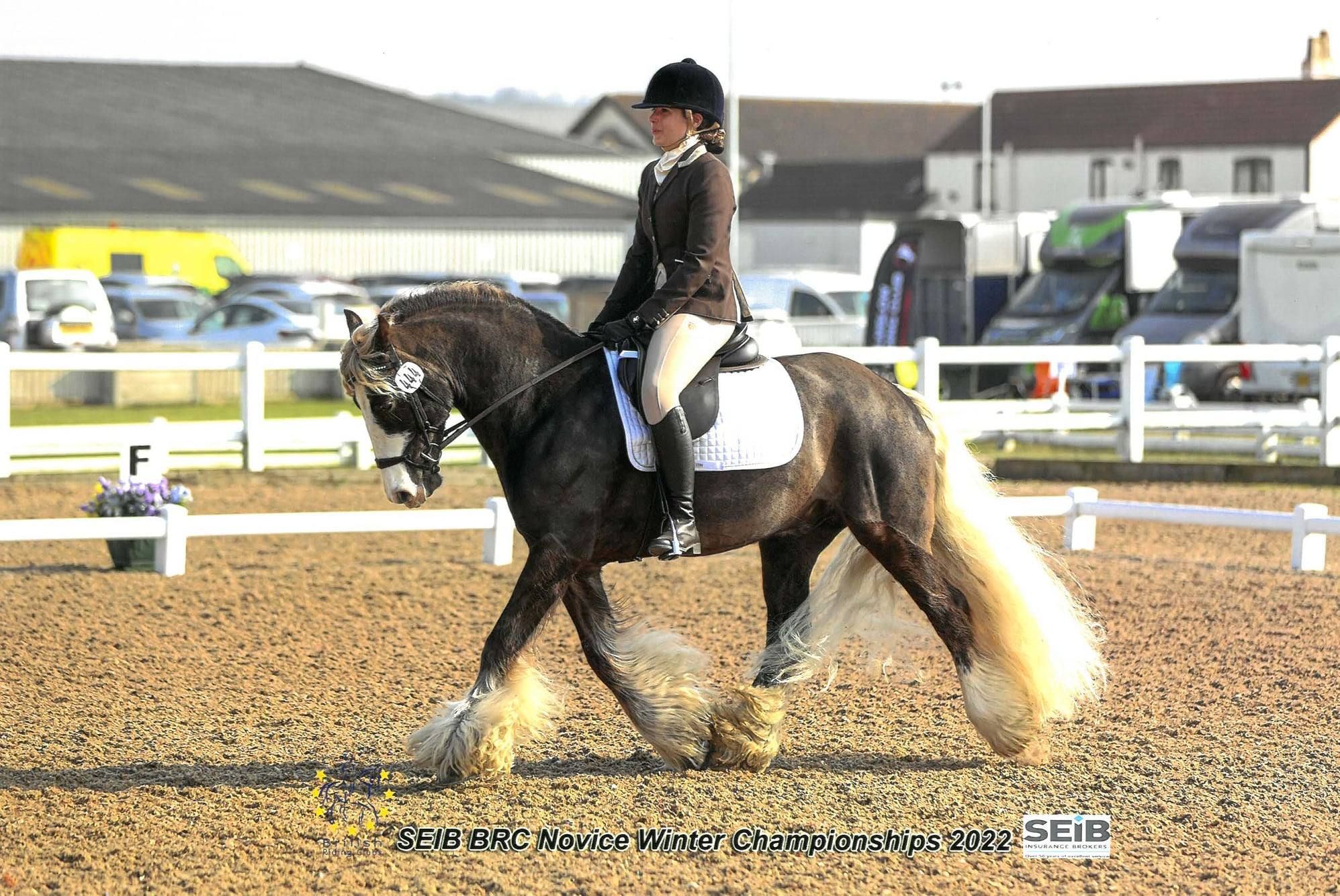 Joining the sponsored riders by becoming the grass roots Cob, Amy is riding 6 year old Sugar Puff at Novice level, having had a

very good season winning the Novice SEIB BRC Winter Championship this year. A young combination with a lot of promise. 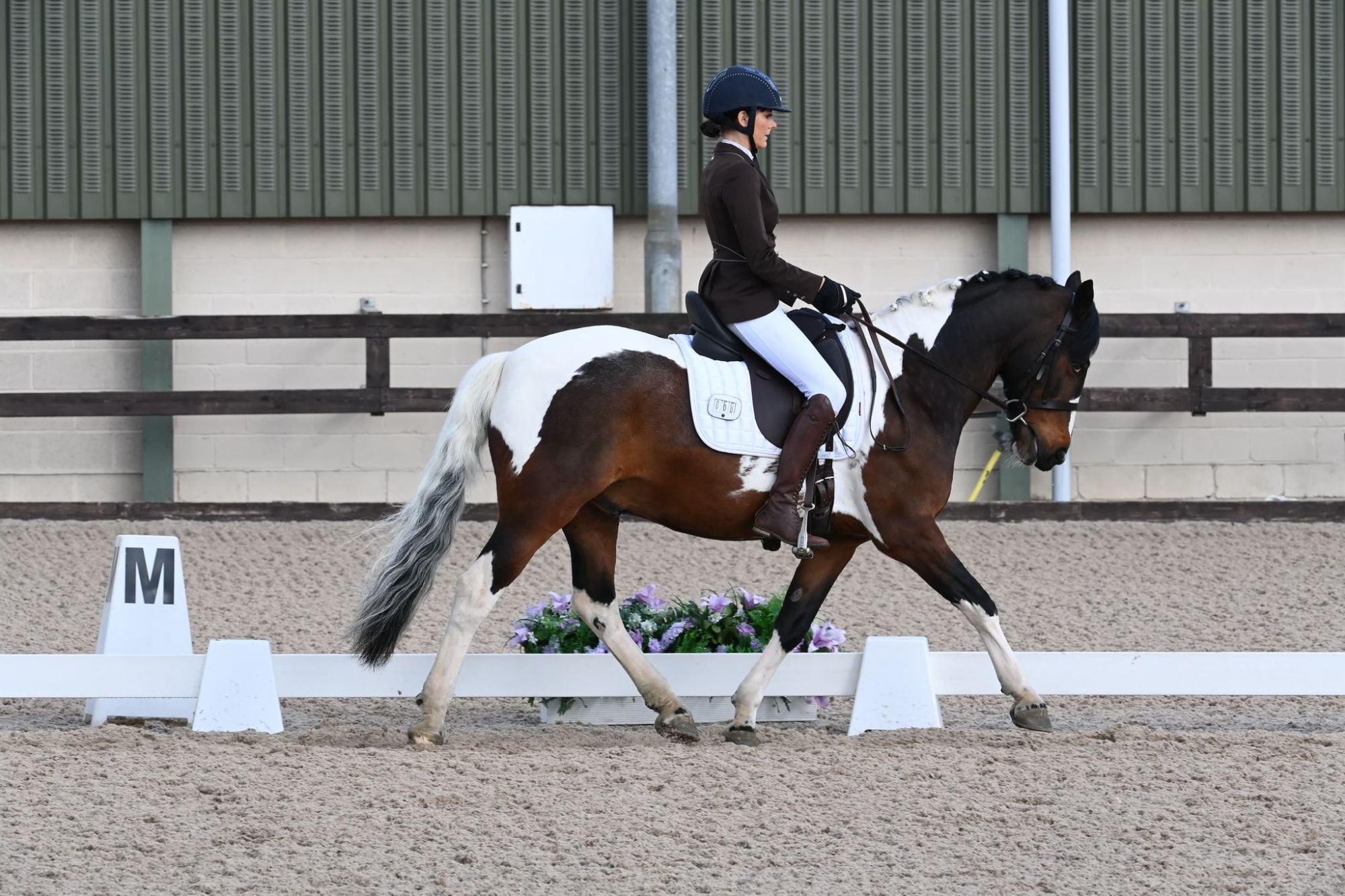 Leo (Queensdown Safari) is a rescue pony, owned by Vickie Blanchard, and ridden and trained Flick,  a busy working mum of 3 kids,  a counsellor in schools and private practice,  also helps riders with their mindset. She juggles riding and competing, inbetween mummying and working as its her time out and  passion. She wants to inspire my kids to follow their goals and dreams. 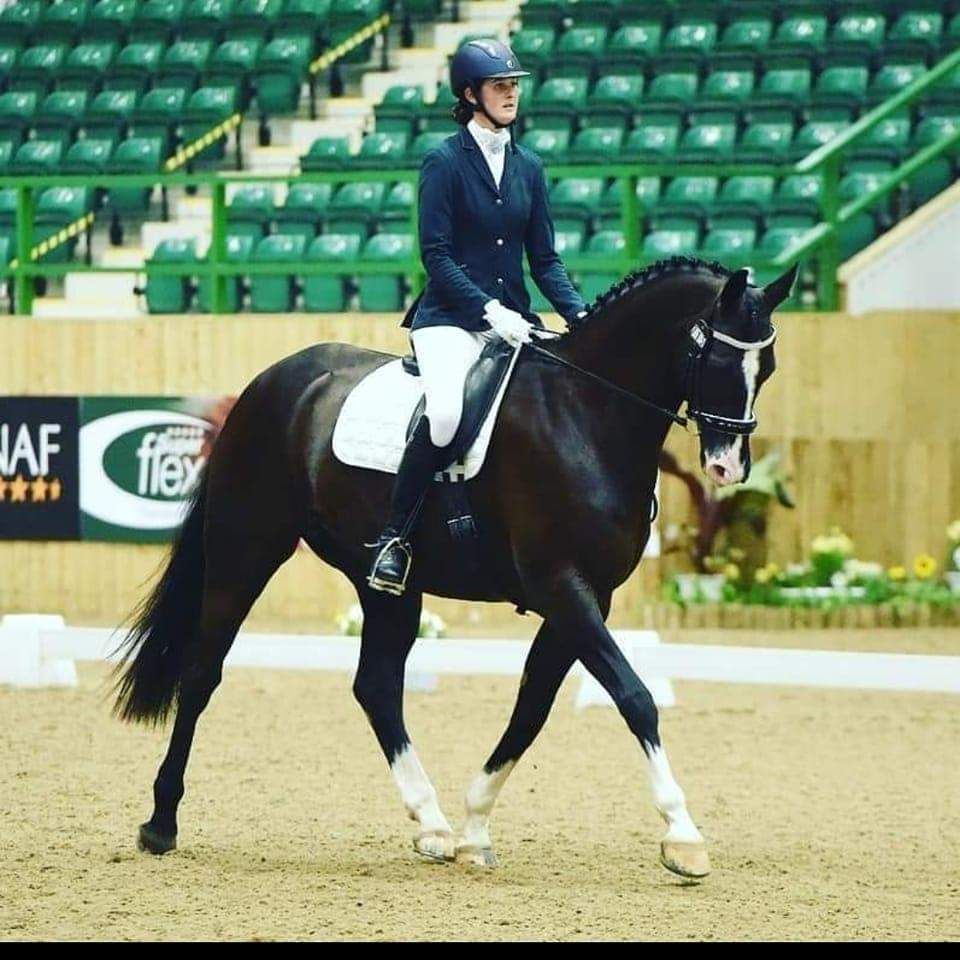 Koren Marner
Koren is 27 and from a non horsey background. She is  a freelance rider and groom in hampshire. Koren has backed and produced all her own horses from scratch including her rescue horse to advanced medium and a kissing spine case that was given to her after having been retired at 10, achieving  medium level. She bought Black Forerst her main competition horse as an unbacked 4 year old and backed and produced him herself. They are working hard to progress all the way to grand Prix. They are currently competing successfully at medium, and are ready to teach the changes required at Advanced Medium.

With only a handful of shows under our belt, at the Australian National Dressage Championships today, my bestie and I have been awarded an Equestrian Australia Gold Performance medal. I could not be more proud of this big dude and the partnership we have developed.

In relation to my own horses, I have been busy even though I have not been competing! I have been able to nab Brett Parbery to visit on a regular basis to give clinics here at Melati Farm in Nilma North (where I now call home). Brett has been an invaluable support over the past year and I have booked him in to give clinics every 2-3 months throughout the year which will help me to get my crew whipped into shape and heading out to compete again.
CJP Winchester (GP horse) has had some time off. After having a break over winter so that I could finish breaking in my 5yo, William developed a nasty abscess lasting almost 2mths. after recovering from this he inured his knee "playing" in his extremely safe yard! Hitting it hard enough on a fence post, William created a huge haematoma in and around the joint! Luckily nothing is broken however it is taking a number of months for the haematoma to break down and full movement to return to the knee. We are on a rehab program however it will be a few more months before we are back to getting competition fit!
SPH Donner Cara (Med/Adv) has been training and is slowly consolidating her flying changes. We are looking towards a start in Advance level soon and once the changes are a little more solid, will be out in FEI level as all other FEI work is coming together easily.
Nalegra (5yo) is coming along very well and will make her dressage debut this year in Prelim/Novice. She is sensitive and electric but very exciting for the future!
https://www.facebook.com/100007957684139/posts/2448953168713249/?d=n
Escarla (my German import is almost 3yo!!) has started on the road to being a big horse! I have started mouthing and driving her. She is being backed and has had her first little ride on the lunge. Now to put some leg aids into place and some steering while I'm on board and we will be on our way. Escarla is proving to be super sharp but sensible too. Looking forward to taking this one out!!
https://www.facebook.com/100007957684139/posts/2512241752384390/?d=n